Why We Use The Twelve Steps In Addiction Recovery

What Are The “Twelve Steps?”

One of the oldest, most respected, and most tried and true approaches to addiction recovery are the Twelve Steps, which we use as a central tenet of our treatment program here at Delray Beach IOP.

The twelve steps originated in 1935, when they were developed and codified in the “Big Book” by recovering alcoholics Bill Wilson and Robert Holbrook Smith. The Alcoholic Anonymous co founders but them forth as a mutual aid method by which others who were still struggling with their use of alcohol could go through the same spiritual process that “restored them to sanity.”

While later iterations of the twelve steps were developed to refer to addictions other than alcoholism and to soften the references to God to a vaguer “higher power,” that many non-religious recovering addicts find more palatable, the original version of the twelve steps is as follows.

Why We Use The Twelve Steps

Though plenty of people have recovered from addiction without using the twelve steps and not all experts agree on their efficacy, we have found that the self-examination and service to others encouraged by these twelve steps helps our clients build the self-awareness they need to commit a future in recovery.

The fact that all of our clients are advised to attend twelve step meetings while they are involved in our intensive outpatient program also provides a bridge between their time in the program and their sober lives afterward, as they can continue to attend meeting indefinitely.

In creating a bond between experienced sponsors and incoming “sponsees,” twelve step programs also work similarly to our other alumni programming to keep former addicts engaged in the recovery world, accountable to each other and in touch with a strong support system.

By continuing to serve themselves and their community through the Twelve Steps, the clients we serve are able to continually solidify their own recoveries while also passing on their hard-won wisdom and bolstering the recoveries of others. To learn more about how we use the Twelve Steps at Delray Beach IOP and the many other forms of science-based therapy that fuel our holistic program, feel free to call us any time at 833.637.033. 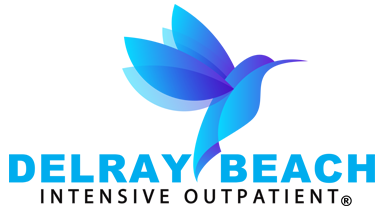